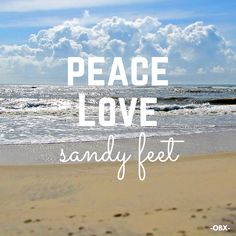 Once I was on the road to the beach, I managed to leave all of my anger, resentment, bitterness, unanswered questions, and tension behind.  I drove the whole trip with the windows down, wisps of hair under my ball cap blowing around, and a sense of peace and hope for the upcoming week!  It was exactly what I needed.

I got to spend some quality time with my daughters (belated Mother’s Day) horseback riding on a beach, drunken debauchery with friends, good food, ghosts, pool/hot tub time, sunburn/tan, and much needed relaxation.

My daughters are officially adults and my relationship with them continues to evolve into magic!  They are amazing, beautiful, smart, driven, full of love, and adventurous… They are genuinely 2 of my favorite people on this planet and this trip was the best ever because of them! 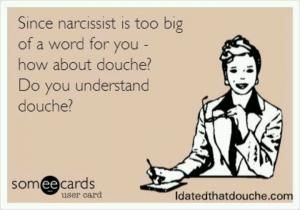 It should’ve been evident to me when he broke up with me the first time because I didn’t compliment him on his jeans after he did his GIRL TWIRL in the kitchen… but nope!  My blind ass has fed the ego for years and didn’t even know it.

When I stopped… he stopped “loving” me.  I knew he was someone that relied heavily on compliments and accolades, so I dripped them all over him when I could muster the energy.   He would do the smallest things and launch it into some grande display that he wanted me to pat him on the back for until I wanted to puke.

I quickly started to resent this side of him.  There were never accolades, compliments, cheering, or announcements of grandeur when I did anything, but let me miss some small effort like him taking out the trash and the world would end.

I guess I’ve gotten so used to being my own cheerleader that I have little patience for the people in my life who require that I stroke their ego on the regular…  I’d rather stroke the medulla oblongata  of an angry alligator!

Unfortunately, I’ve now come to a realization that I’ve wasted 5 years on someone who simply was using me as a “helium tank to inflate their sense of self”… Looking back, I seem to attract these people pretty often.  My screening process needs to tighten up some details.  IMMEDIATELY!

Seems that doors are opening and opportunities are arising!!  I genuinely hope the next year evolves enough so that I can move, start a new life, and a new position in my company.  No need to stick around here.  There’s nothing here for me anymore, short of my daughter, grandson, sister, and her family.  I can always come back!

When it comes to the relationships in my life, I mostly feel like a baker… I prepare the goods, on demand, in the quantities needed, at the right temperature, and freshness guaranteed.   You want a 7 layer cake with a different filling/frosting on each layer?  Got it… you want a unicorn on top that shits sprinkles ??  No problem!  Nothing too big or too small is out of question.

Unfortunately, that mentality sometimes attracts the shittiest of people in my life.  People who “take” repeatedly but aren’t willing to “give” when the time comes.  Most of the time, I make excuses for these people and simply remember that the only person that I can ever truly depend on is me.  There are a few exceptions to this, like anything else…

I’ve recently ( in the past year ) decided to start sticking up for myself and ridding my life of the gluttons who only want to give me crumbs but expect me to be at their beckon call.  My circle of friends is so incredibly small these days.  Real friends have always been such a foreign concept to me.  I’ve never been good at making them or keeping them.  It takes a special kind of person to be able to tolerate me, I know, but I don’t ask for much from anyone.

Having such a small circle of friends, and those friends living far away, presents a level of loneliness that is so overwhelming and glaringly unavoidable that the last several months have been nearly unbearable.  It’s getting worse by the day so I’m having to face that there’s clearly something wrong with me or how I perceive “friendship”.  All relationships for that matter.  I don’t speak to anyone in my family except my sister…

Looking inward when you’ve never really had a high self-esteem is the worst.  You pick apart every single detail of every interaction to find the point in which you blew it.  Regardless if the relationship ending was your fault at all, you’ll find one little speck of pepper in a bowl of sugar and convince yourself that THAT ONE MOMENT.. THAT ONE COMMENT.. THAT ONE ACTION… THAT ONE PERSON (YOU) are to blame.   YOU are the common denominator. 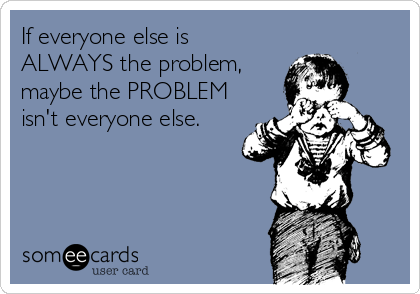 So what is my problem?  How do I fix it?

Getting closer to acceptance and moving on every day.  I have to remind myself that I loved him.  I still love him and will probably always love him (or the “him” in my mind that clearly didn’t exist).

I have to remind myself that if he truly loved me, he would’ve stuck around and tried to work on it instead of up and just leaving without any dialogue.  He never communicated with me about real things.  I’m not psychic.  Although I have a higher sensitivity to things, I can read minds.

I know my heart, what it’s capable of, what it wants, and what it needs.  I never seemed to know any of this with him.  He always kept me close enough but still at arms length.  I’ve begun to realize that I was simply a hobby..  something for him to fill the time when he didn’t have something else to do.  I just always seemed to “feel” that he loved me.  I never questioned it.  Maybe I should’ve a lot sooner.

He’s going to wake up one day and realize what I was willing to give him.  I hope he looks back fondly … and then stays the fuck away from me.   I will remember all of this and the treatment he has given me just in the past week.  I forgive him but I’m not stupid enough to ever go back.

As if the last week hasn’t been enough… Jim decided to send his little girlfriends to fight his battles for him.  Grown woman approaches me in public at an establishment and tells me we need to go outside.  LOL

Bitch.  I am not playing these bullshit high school games with you.  Take your ass outside by yourself.  We’ve got nothing to discuss but please… continue to make a fool of yourself.  You’re trash.  He’s trash.  Any of you involved in this that want to get in my face again are trash.  GROW UP.

This nonsense continued into midnight last night with yet another grown assed woman starting in … I haven’t slept much in the last week.  I didn’t sleep at all last night.

I used to be a third party collector.  A good one.  Part of why I was so good is that I document and save EVERYTHING..  If it’s not in writing, it didn’t happen.  I have every single email, text message, instant message, conversation, etc from ALL of the assholes in this.  Not one of them is going to try and convince anyone that I’m the bad guy in any of this.

The worst part is the way that he now speaks to me.  Just over a week ago it was “I love you”, “I miss you”, “Goodnight/Good morning, my love” etc… now..

Classy, huh?  Still have no idea what I did to bring all of this on.  This particular message was prompted after I sent the bitch above an email that I sent him on Monday (out of nowhere, I had this overwhelming urge to send an email clarifying that I didn’t mean to imply that he was cheating on me with her specifically) because part of what she was yelling about was nothing close to anything I had said to him or her at any point…  She forwarded my message, telling her to get her facts straight and that he was playing both of us…

All I’ve ever done is love these people and in the blink of an eye, they’ve all turned on me.  I started to think I was crazy..  maybe I’m either imagining this or I’ve lost grasp on reality.  But I keep going back to look at everything and I’m still lost.  At this point, any thread of hope that I had that we would ever work this out has been cut with a pair of tailor’s sheers!

Folks need to remember that Karma never forgets an address.  All of them will get their due one day.  I won’t be around to witness it but it will happen.  I keep trying to get out of all of this but they keep dragging me back in.  After last night, I’m hoping this is officially done and I can move on. 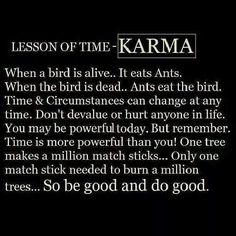